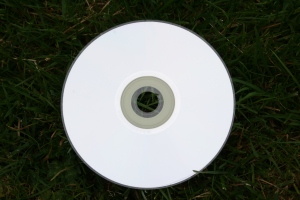 Last week I watched the promo video for Paul Simon’s latest album “So Beautiful or So What”. During the interview he asks himself if the album is still a relevant art form and at the end of the video decides that it is.  This sparked a debate within me as I recalled the slow progression of switching from getting my music on CDs to digital downloads.  Ever since I got my iPod touch the transition was pretty much complete.  Sometimes I go and see just how small the CD shelves are of the biggest entertainment and electronic stores are in town.  Where there used to be six double sided shelve racks there usually is only one left.  So I think what Simon is getting at is the way we acquire and listen to music actually may lead to a change in the art form itself.  He lists off albums such as Revolver, Sgt. Pepper, Bridge Over Troubled Water, and Dark Side of the Moon as albums his latest is modeled after in the old tradition.

A few days ago I listened to all of Dark Side of The Moon on vinyl with a friend and was reminded of the beauty of an album that ties itself together and represents a particular period of the artist .  Listening to the entire album really gave me a much more encompassing experience than a single song off the record could have given me.  Though I may have a biased perspective, I agree with Simon that the album is still a good and relevant art form.  He asks how we can introduce this art form to a generation that may be losing it.  I see this firsthand in my music students who often just listen to singles off of youtube.  Maybe since mass acquisition of internet access our attention spans have greatly decreased (it sure seems like it to me sometimes) .

The internet has certainly made it easier for more artists to get exposure to a wider audience.  With decent home recording gear an artist could decide to release his or her music one song at a time.  Fans could download and pay for the single when it appears and that model could potentially do away with the album.  Alternatively an artist can adapt to the digital age and find new ways to embrace it like Pomplamoose. I am stunned by the amount of work these two do, and I’m not surprised by their popular internet following.  They have found a unique way to have their voices heard through the “Videosong”.  This is not an easy thing to do as there are plenty of independent artists vying for views and “likes” on youtube and facebook.

We have yet to see the full progression of the digital revolution, and maybe the album will always remain the traditional way of releasing music.  However, what we may see is more and more artists blending media like Pomplamoose to find new and creative outlets to be heard as indie acts without the distributing power of a major record label.  With sites like www.kickstarter.com, artists can now also entice their fans to help fund their projects, which again circumvents the need for a label.

These are exciting time for the indie artist and I’m excited to see how the music industry model will keep evolving throughout my lifetime.  Let me know what you think!

View all posts by paolobrian